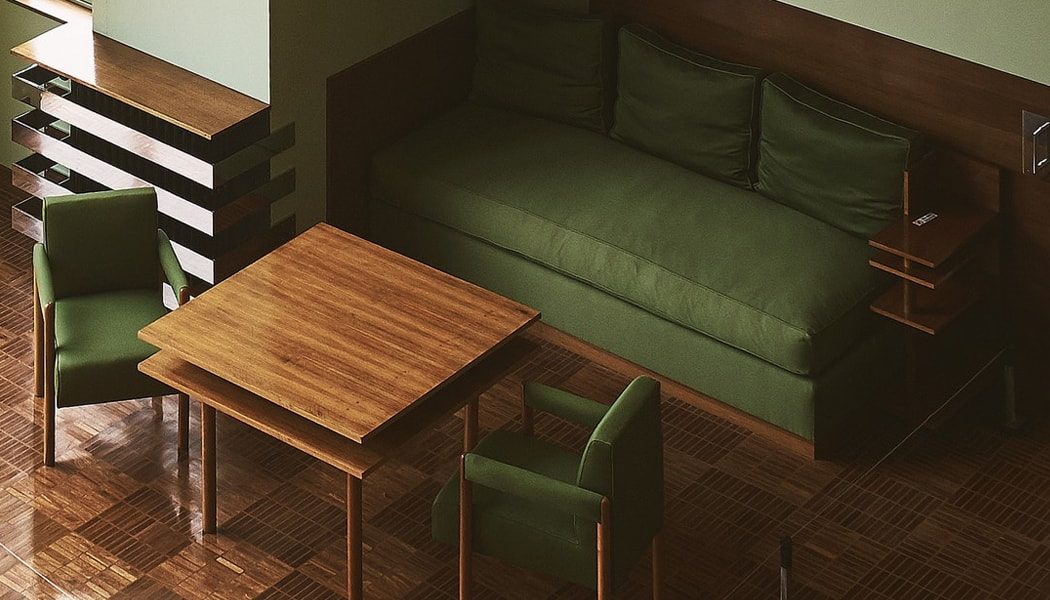 Mid-century modernism’s particularly popular among millennials, who are starting to buy their first homes. Why is a 75-year old design trend so popular with people in their 20s and early 30s?

Considering how trending mid-century modernism is, you’ll want to emphasize it as a selling point if you’ve got a mid-century modern home on the market. Here are some of the most important mid century decor terms for you to know to work into your copy!

Before we get into the terminology, let’s take a look at the origins of mid-century modern. Knowing where the design trends come from will help give you a broader understanding to help sell a home or real estate property.

The Origins Of Mid Century Modernism

The post-war era was a unique time in history. Returning veterans from World War II had money to burn. They were also eager to put the atrocities they’d witnessed behind them, so a feeling of almost forced optimism pervades the era.

Babies weren’t the only thing that boomed following World War II. This period, starting in the mid-40s, saw rapid innovation in every aspect of modern life. New inventions were being turned out an unparalleled rate, bolstered by research from the war.

It makes sense that Americans would re-invent the home while they’re overhauling everything else. The post-war era saw the rise of the suburbs and the birth of the idea of the American Dream, with its 2.5 children and white picket fences.

Others embraced a less nostalgic view, choosing to embrace futurism rather than the past. This is where mid-century architecture comes into play, with an emphasis on angular and functional designs.

Mid-century modernism is responsible for the addition of the attached garage, as Americans transitioned to car culture in search of new opportunities and adventure. An emphasis on windows and lots of natural light is another feature of the era.

Notable designers of the mid-century modernist period include Frank Lloyd Wright and Le Corbusier, among many others.

Now that we’ve got the history lesson out of the way, let’s deal with the present. These modern decor terms will help you describe your properties as eloquently and vibrantly as possible.

Art Deco screams opulence, due to its association with the gilded Jazz Age. If a property you’re selling involves Art Deco features in any way, make sure to mention it!

Cantilevers are nothing new in architecture. Cantilevers have been a popular architectural design since at least 1866, often used in bridges and other self-supporting structures.

Cantilevered structures seem to float in mid-air, using tension and hinge points instead of ground support. It’s no surprise that mid-century modernism would embrace the style in their pursuit of relentless minimalism.

The Case Study Program is a high point of 20th Century architecture. It was launched by Arts and Architecture magazine to feature imagination and innovation in the field of architecture.

If you’re dealing with mid-century properties in any regard, you should take a look at some of the Case Study houses. They’re some of the finest examples of modern residential architecture around. Reading the descriptions will broaden your architectural vocabulary extensively.

Mid-century modernism incorporated a lot of glass in a bid to let in as much natural light as possible. Clerestory is a name for windows that extend above the normal ceiling height and into the roofline.

Mid-century modernism also featured a distinctive color pallet, which is nearly as iconic and recognizable as its clean, minimal lines. If you’re selling a property that features the original color scheme, or a period-specific re-creation, you’ll want to emphasize that fact.

Some Popular Mid Century Colors Include:

Mid-century modernism embraced innovations in the building supplies they used just as much as modern design principles. Plastics and resins were shaped and sculpted into new and unique shapes, somewhere between the organic world and sci-fi imagination.

Laminated and fiberglass were used extensively, as well. These modern building materials were often paired with more traditional building materials like glass and chrome. Together, they created the sleek, futuristic design aesthetic that we often associate with the ’50s.

If you want to learn more about mid-century decor terminology, you can read about the difference between awnings and canopies from Dcisigns.

Mid-century modernism is a breath of fresh air in crowded and chaotic times. It emanates serenity and mindfulness in uncertain times, which these most certainly are. This trend’s not going anywhere, so learn to master selling mid-century modern homes now.

Good call! Real estate’s a solid investment and a stable industry. People are always going to need places to live, work, and follow their passions.